This project is a boon for the sector, and will provide thousands of construction jobs when it gets under way.

We represent 40,000 highly skilled unionized construction workers and are part of a network of 400,000 members across Canada. We are committed, prepared and eager to work on this project. 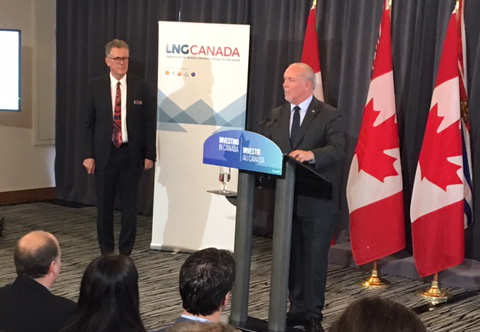 The BC Building Trades was appointed to the Premier’s LNG Working Group in 2013 and has been doubling down on our efforts to ensure our province has the skilled workers the industry requires, and that British Columbians have the skills to be first in line for the jobs on LNG projects. This investment signals a commitment to local workers and apprentices.

Some of the ways our members have prepared for LNG:

In addition, we have more than $50 million in assets across our many union training programs. This includes land, facilities and equipment.

We enroll more than 7,000 apprentices and trainees and spend more than $18 million annually on training and apprenticeship programs.

We recognize that LNG industry will require workers who are uniquely skilled and may not be available in B.C. or the rest of Canada, justifying the hiring of temporary foreign workers. We expect that these workers can help train B.C. workers while they are here so that we can ultimately fill that skills gap.