We should be building vessels for BC Ferries

By Phil Venoit, Past President 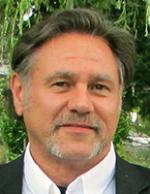 CANADA HAS THE WORLD’S longest national oceanic border, which continues down the Saint Lawrence seaway with the longest inland fresh waterway and border we share with the United States, our greatest trading partner.

British Columbians are highly dependent on marine transportation to ship the goods we buy and sell, protect our border, learn  about our ocean and its inhabitants, and for many coastal community citizens, commute to work and school.

From an environmental standpoint, marine transportation is the cleanest form of transportation by far, based on fuel  consumption and freight weight. Changing vessel fuels away from diesel to LNG, like the work currently being performed by Building Trades affiliate members in Esquimalt, can move us closer to meeting environmental goals or standards outlined in the Paris Accord, addressing the ever-growing and real concerns associated with global climate change, while establishing B.C. as a client destination for these marine fuel conversions.

I know the skilled tradesmen and tradeswomen of the BC Building Trades’ affiliates on the West Coast are up to the challenges in innovation and competition. Today, many of them continue to sharpen the cutting edge of new technologies to the envy of other countries. The attraction and retention of this highly specialized and highly skilled workforce is paramount to the safety and security of our nation. Our military, coast guard, and exploration and research community, all depend on the availability of the skills our marine members bring, and it’s the importance of that strategic alliance to the work itself that our federal government understands today. However, that hasn’t always been the case. In the mid-’80s when the Mulroney Conservatives moved to stop the subsidy of Canadian-made steel, it shuttered the Canadian shipbuilding industry. It took the market the next decade of downsizing, right-sizing and almost capsizing the Canadian shipbuilding industry to the brink of losing the infrastructure and skilled workforce, while the work went to nations around the world, like Korea and Germany, which continued to subsidize their steel industry.

Our own government’s policies through the ’90s and 2000s, in terms of a lack of investment in the Canadian navy and maritime industry in general, have weakened us as a nation, and continued to have a detrimental impact on the shipbuilding industry. Provincially, the BC Liberals’ 2002 campaign on the “fast ferry fiasco” only exacerbated the federal policy decisions. To make matters even worse, they irresponsibly bruised the industry and treated the workers within it as collateral damage, for the sole purpose of a political win.

It’s our connection to the ocean and our marine waterways that provides us with sound reasoning to have an established shipbuilding and repair industry relative to our connection and dependence to the water, and there are three natural clients: the federal government with the Canadian Navy, coast guard, ocean sciences and research vessels; the BC government with BC Ferries; and the private sector with cruise ships, fishing/canning vessels, and deep sea freighters. While we’ve seen a tremendous interest from the federal government in doing their part in ensuring the West Coast has a vibrant shipbuilding industry, our own BC Ferries continues to send new build construction overseas to countries that pay a little over $9 per hour once converted to Canadian currency. That’s less than what a McJob in B.C. pays. With another decade slated for BC Ferry fleet replacement vessels, it’s time for our own BC government to recognize the failure of the past two decades in the practice of building BC Ferries off-shore, and bring that work home so we become stronger as an ocean-dependent nation and province.