‘Red Seal’ of approval coming back to B.C. – A NEW SKILLED TRADES CERTIFICATION SYSTEM WILL ENSURE WORKERS HAVE THE TRAINING TO DO THEIR JOBS 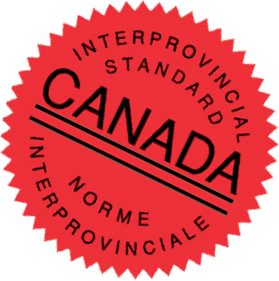 TRAINING AND CERTIFICATION will soon become law for 10 construction and automotive trades.

In June, the BC NDP government announced a new skilled trades certification system aimed at addressing the demand for skilled trades workers in B.C., creating more opportunities for underrepresented groups, boosting consumer confidence and ensuring trades workers have the skills they need to work safely and competently.

“This is a great first step toward bringing our province in alignment with every other province in Canada that has already recognized the value of formal education for trades workers,” said Brynn Bourke, interim executive director of the BC Building Trades.

Bourke said skilled trades certification will help “future-proof” trades workers by making sure they have the skills to undertake the full scope of work that comes with their respective trades. A formal apprenticeship will also ensure they continue to advance as tradespeople, and support them toward their Red Seal certification, which is the trades equivalent of a bachelor’s degree.

Once the system is implemented, individuals in these trades must be either a certified journeyperson or a registered apprentice to work. Key supports will be identified to support people during the transition to full certification.

A public engagement process is also taking place and includes roundtables, community dialogues, an online survey and focused discussions with stakeholders. The government is aiming to introduce legislation next spring, with the first changes expected in the electrical and mechanical trades by 2023, and in automotive trades by 2025.

“Trades workers keep our lights on, the heating running and our vehicles safe, and deliver the services British Columbians count on,” said Andrew Mercier, parliamentary secretary for skills training and former executive director of the BC Building Trades. “That’s why we want to hear from current tradespeople, those interested in starting their careers and employers on how we can implement a new skilled trades certification system that meets the needs of people and the economy today, with a support system that makes sense for both workers and employers.

Every other province in Canada requires tradespeople to be certified. The BC Liberals removed that requirement in 2003 when it eviscerated the apprenticeship system. Without a recognized credential, it can be challenging for workers to transition between projects and industries, resulting in lost wages for workers and their families.