President’s Message – Tireless work of unions brings benefits for all 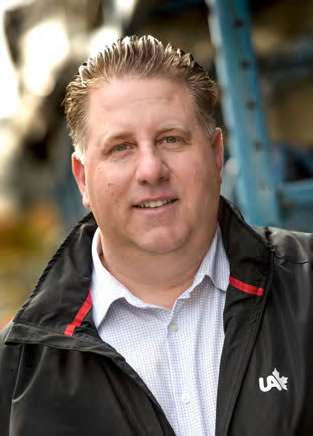 WHY JOIN A UNION? If you ask someone who is not a member of one, the response is typically about better wages, better pension and health plans. While these are the quantifiable benefits of being a union member, there are many other, often overlooked reasons why union membership is advantageous, not only to the member but to overall society.

In June, we heard the provincial government announce that we will again be returning to a skilled trade certification system, which means that a tradesperson working on any job in B.C. must be either a certified journeyperson or a registered apprentice. B.C. has not had a compulsory trades system since 2003 when it was axed by the Liberal government. This announcement is the result of years of lobbying by unions who recognize the value of certification and the safety implications of enforcing such a system.

While the value of this effort is not easily measured, the long-term positive effect on workers and the general public cannot be ignored. For union members working in the construction trades, this change is not revolutionary. Unions in the Building Trades have always been strong supporters of apprenticeship training (millions are spent collectively by the Building Trades Unions) and most mandate certification as a prerequisite for membership. The benefit to union members is recognition at long last of the value of the skills they bring to the jobsite every day. It’s a big deal.  Certification means something.

The added value to society is unquestionable. It means that our labour force in B.C. will need to skill up. More opportunities and incentives will be available for those wanting to get into the trades, leading to better jobs and higher wages for the entire industry. The quality of work will inevitably improve, and it will mean improved safety for all workers and for the end consumer.

The same scenario has repeated itself for decades, with unions leading the fight for improvements that benefit all workers: work-free weekends, the eight-hour work day, workplace health and safety, child labour laws, parental leave benefits. As union members, we believe that all work deserves respect and with our collective voice we have the ability and responsibility to better shape the working life of every worker, union or not. This is often referred to as the “spillover effect.” Our victories at the bargaining table, at grievance hearings and through our extensive lobbying efforts raise the bar for all workers and it keeps employers accountable.

So when you see an improvement to working conditions such as changes to the Labour Code, WorkSafeBC regulations, increases to minimum wage, the return to skilled trades certification, it is unions through their membership, who have demanded, supported and invested in these efforts. The overall benefit and impacts are immeasurable; felt universally by all workers, their families and society as a whole.

The question should really be: Why wouldn’t you join a union?