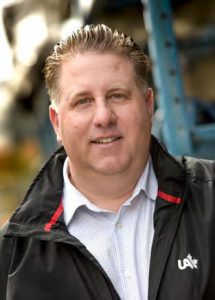 The conference was productive, and as we celebrated the 50th anniversary of the BC Building Trades convention, we reflected upon our amazing history. We looked back at old documents and photos, and we shared stories of our struggles throughout the years, our wins and our losses. We honoured long-term service members and highlighted the importance of our collective organizing efforts in growing our membership.

I want to thank all the delegates in attendance for my nomination and election to president of the BC Building Trades for a second term. My first term was certainly a busy one with the unprecedented issues we all faced in COVID-19, as well as all the work done by the council in advancing important and long overdue changes to labour legislation and policy. The re-instatement of card check certification, paid sick days for all workers, skilled trades certification legislation and improvements to WorkSafeBC policy guidelines were some of the significant improvements achieved over the last three years. Much work still lies ahead and I look forward to working with our affiliates to further improve conditions for all.

Organizing was a focal point throughout our convention and we all agree there’s no better way to organize than to mentor an apprentice. While November has been proclaimed Apprenticeship Recognition Month in British Columbia, our affiliates practise and advocate this all year long. To pass on knowledge and experiences is a gift and an honourable way to better the lives of others. That’s what we do as craftspeople. That is what we do in the BC Building Trades. Our College of the BC Building Trades, made up of 18 union trades schools, graduates more than 600 apprentices every year and we continue to set the bar for training standards in our province.

I encourage you to connect with non-union workers and share your story of how your choice to become a union tradesperson transformed your life. Promote your union’s apprenticeship program to the young people you know. Many are not aware of the opportunities that are available or may never have considered a career in the construction trades. If we all bring one person into the union, our memberships will continue to grow, and you can be sure that you have provided someone with a lifelong and rewarding career.