NDP’s re-election is a victory for construction workers 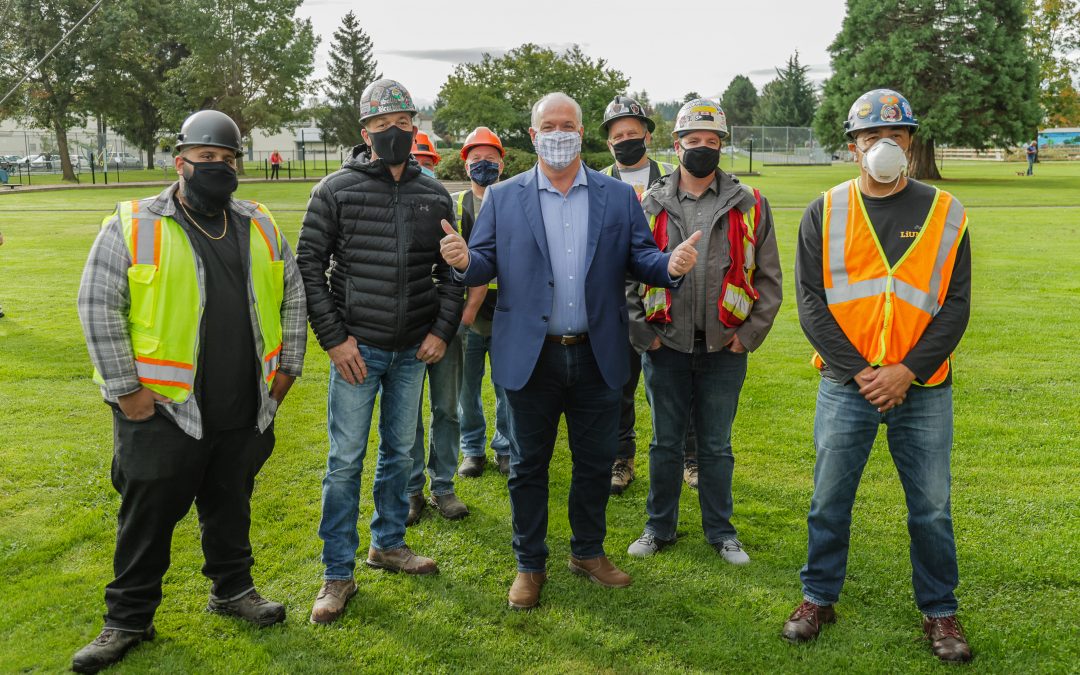 THIS FALL, BRITISH COLUMBIANS WENT TO THE POLLS AND OVERWHELMINGLY RE-ELECTED THE BC NDP.

This election was important in many ways. First and foremost, it was conducted during a pandemic. While this changed how British Columbians voted (mail-in ballots and advanced voting were at all-time highs), it also changed the stakes on what we were voting for.

All political parties had the scope to launch aggressive, big-ticket platforms, the size and scale of which we haven’t seen since the economic expansion post-World War II.

The results are specifically important for the Building Trades because the BC NDP platform is filled with big commitments that effect construction workers. These include:

The BC NDP also committed to investing an additional one per cent of Gross Domestic Product (GDP) into a Recovery Investment Fund that will deliver $3 billion annually in infrastructure funding – above and beyond the existing $23 billion in new capital commitments over three years.

These dollars will fund the SkyTrain extension to Langley, the Massey Tunnel replacement project and hospitals in Cloverdale, Cowichan, Richmond and other communities across the province.

On Election Day, the BC NDP was leading in 55 seats compared to the BC Liberals at 29 and the BC Greens at 3. And one of those seats went to one of our own.

BCBT executive director Andrew Mercier was elected as the Member of the Legislative Assembly for Langley. Mercier got his start as a driver with Teamsters Local 213 and kept strong ties to his union while he attending law school. He returned to the Teamsters as their in-house counsel, before joining the Building Trades in 2019.

We are all personally very proud and happy for Mercier, as his election brings an important voice to the B.C. government. The Building Trades has not had a member sit as part of a government caucus since Fred Randall from IUOE 115 served as MLA in Burnaby-Edmonds from 1991-2001.

The BC NDP’s re-election means that for four more years, we will have government that supports our members’ jobs, their safety and security and now, the perspective of a construction worker at the table.