Message from the Editor – This is your magazine. Let’s talk about it. 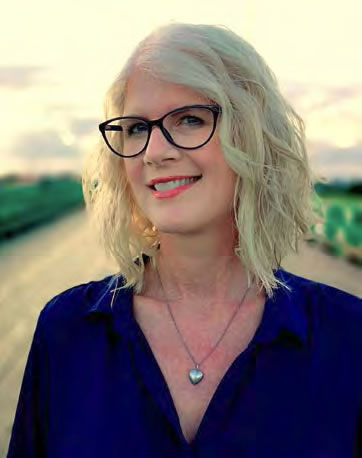 WHEN I WAS GROWING UP, family dinners seemed to last forever.

It wasn’t because it took that long to chew through the plate of half meat, half starch and half butter that you just don’t see today. And it wasn’t because there was a pile of dishes waiting for whoever got up from their seat first. And it wasn’t because we had nothing better to do than sit there and wait for prime time TV to start since on-demand streaming services hadn’t been invented.

Nope. Dinners lasted forever because we were talking. Actual conversations. With words.

By my recollection, most of those conversations were about labour, workers, unions and all the topics that we broadly categorize in 2021 as matters of social justice. My dad had been an organizer for the IWA Local-1-71 and later became assistant welfare director for the United Fishermen and Allied Workers’ Union, while my mom was a shop steward with the International
Association of Machinists & Aerospace Workers. And they both liked to talk.

Discussions were usually inspired by the media – everything from niche publications like the Pacific Tribune (the “Trib” in our house) to BCTV through its even-voiced anchor Tony Parsons. Tradetalk entered this fray about 25 years ago when I married a tradesperson, and the magazine you now hold in your hands has likewise inspired these same conversations in my adult life.

Tradetalk taught me what a rat union is.

Tradetalk helped me understand apprenticeship as “the other four-year degree.” (Side note: Whoever came up with that slogan is something of a genius.)

Tradetalk gave our refrigerator character every time one of its exclusive construction-humour cartoons ended up under a magnet on the door. It’s true – construction humour is a thing.

Through its thoughtful analysis of power and politics, Tradetalk reminded me four times a year that I can create positive change.

And now I have the privilege of editing Tradetalk, but I need your help. This is your magazine and so it should be about you, for you and with you. What would make it better? Do you have some ideas to share? Are there stories you want us to tell? Tradetalk reaches 40,000 tradespeople, and I want to hear from as many of you as possible. Send me an email at [email protected] or text me at 604-828-5232. In the meantime, I hope you find value in this edition of Tradetalk.

You can read about our new campaign to improve sanitation in the entire construction industry. It’s called “Get Flushed,” (other titles were rejected, but you can imagine what they were as a fun lunchtime debate!) and if you sign the petition at getflushed.ca, you’ll be letting all the folks at WorkSafeBC know exactly how you feel about current occupational health and safety regulations being ignored.

There is also a story about Helmets to Hardhats, which places former members of the Canadian Armed Forces into Building Trades apprenticeships. This is one of the many ways the BC Building Trades places focus on strengthening our industry and the people working in it.

Finally, I encourage you to read our in-depth feature on the opioid crisis. This piece does not solve the crisis, nor does it fill your glass with optimism. Media favours the expression “claimed the life of” when reporting on a death, perhaps to soften a hard truth. In reality, the opioid crisis has killed 7,000 people in the past five years. Of those who were employed, 55 per cent worked in construction and transportation. It is a difficult story to read, to be sure, but maybe it will lead to conversations, and those conversations will lead to ideas, and those ideas will lead to solutions.

The path is never that simple, but the first step is always a conversation.

By Corry Anderson-Fennell
Director of Communications