Gain strength, support and power through your union’s women’s committee 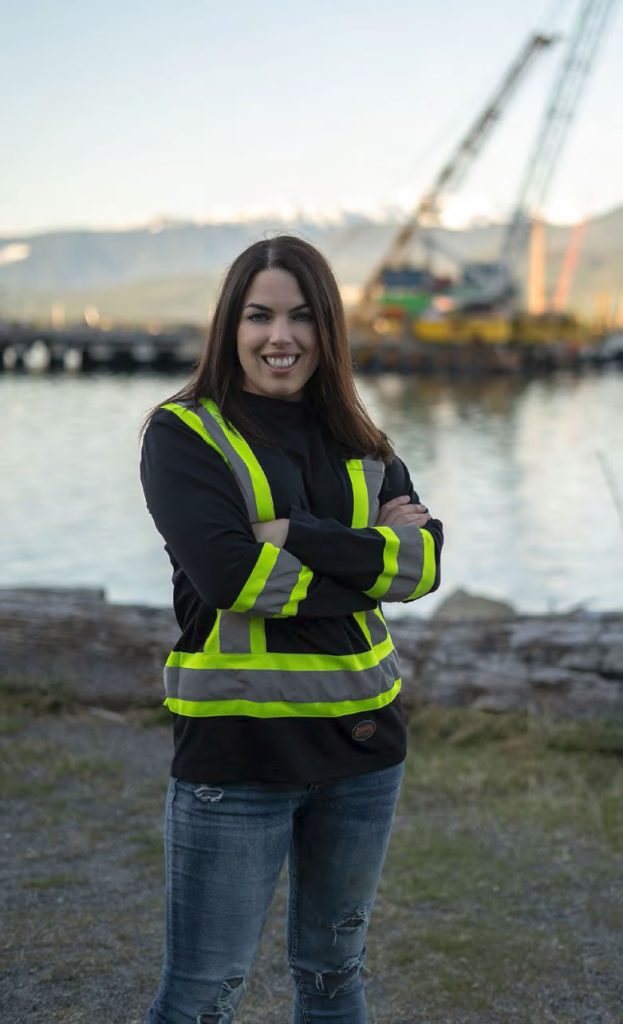 Miranda Kurucz is on the executive board of Build TogetHER BC, the women’s committee of the BC Building Trades. She is an industrial steamfitter with UA Local 170 working at the LNG Canada export terminal in Kitimat. PHOTO BY TAYLAH KAYBERRY

IF YOU ARE A WOMAN in the unionized construction trades and you haven’t checked out your union’s women’s committee, you’re missing out.

And if your union doesn’t have a women’s committee, start one!

For me, women’s committees are safe spaces where I can both support and get support from other women in the trades. I can unpack all those challenging moments and also share accomplishments.

It is in these spaces that I am reminded of the hills climbed and the triumphs achieved.

It is where I reflect on my own journey, working so hard to get an apprenticeship while at the same time dealing with imposter syndrome and wondering if I should even be here.

It is where my experiences are validated, and where I can communicate my setbacks with people who have a calm and clear understanding of exactly what I’m facing because they face it, too.

The women’s committees I’ve been part of give me the reassurance that I’m not alone, far from it. And together we can take the time to breathe and recommit to doing the work that will make the journey easier for future women in the trades in B.C.

It is while being part of women’s committees that I gained the confidence to use my privilege to be an ally and a force for other new workers and equity-seeking groups in the trades.

Women’s committees have also helped me see how far the culture in construction has come, but also how far it still needs to go.

As a director of Build TogetHER, the women’s committee of the BC Building Trades, I’m also exposed to the experiences of women in multiple trades, in various areas of the province and at every level of apprenticeship. By coming together in this way, we are re-weaving the fabric of our industry. Our stories lead to real and sustainable change.

And that is gratifying.

Women’s committees also do good work in their communities. We’ve put on events and contributed to some amazing causes, like fundraising for women’s shelters and putting on the tools to improve their space so they can continue to do what they do best.

The bottom line: I’ve worked with some of the most incredible tradespeople, women and men alike. And as a unionized steamfitter in the construction sector, I’ve had the added benefit of belonging to a women’s committee, which has helped me persevere in an industry that still comprises less than five per cent women.