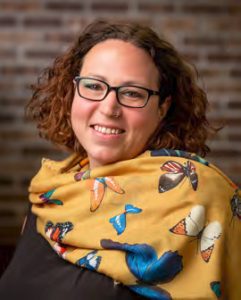 SHORTLY AFTER I started working at the BC Building Trades a decade ago, a young man walked into my old executive director’s office. After six years working as a plumbing apprentice, he had just learned that his “apprenticeship” was never registered with the Industry Training Authority. He was in tears and disbelief his employer could pay him low wages and tell him he was an apprentice when he actually wasn’t on a path to earning his Red Seal.

But because B.C. had no mandatory standards for training, he had no recourse. Without being registered as an apprentice, he had no way to convert his years on the job into marketable competencies he could communicate to other prospective employers.

His is one of so many, many stories. There are thousands of people in the construction industry who have been swept into a broken system that will take the labour of good people at the lowest price and give them next to nothing in return.

It shouldn’t be this way. And the fight to stop it is what motivates me.

If I had to describe my job in the fewest of words, I would say: We fight for good jobs.

We fight to create good jobs by partnering with governments and project owners to build through project labour and Community Benefits Agreements, so we get the most out of public investment in infrastructure projects by requiring apprenticeship opportunities and helping underrepresented groups get their start in careers in construction.

We fight to protect good jobs by standing up for occupational health and safety and pushing for the highest safety and sanitation standards.

We fight for the security of good jobs by bargaining strong wage and benefit packages and ensuring building trades members have robust pensions that will be provide for them in their retirement.

And it IS a fight. There are powerful forces constantly pushing back on all fronts.

That is why I hold the experience of that young man close.

There are over 200,000 people in construction. Working day in and day out to build B.C. Real people who deserve respect and dignity, security and opportunity.

Workers in the building trades have harnessed their collective power to build this council and entrusted us to stand up and fight for good jobs. And that continues to be the mission and the mandate we live by each and every day.