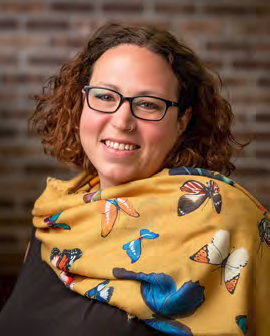 FOR TOO MANY YOUNG people, the option of pursuing a career in the skilled trades is never offered. They simply don’t know about the opportunities that exist. We’re on a mission to change that by reaching out to as many prospective apprentices as we can and telling them about the advantages of a career in construction.

British Columbia is facing a skilled trades shortage. The latest construction outlook from BuildForce Canada predicts B.C.’s construction industry will need to recruit and train an estimated 27,600 workers over the next six years to meet demand.

Yet, if you follow the news, you might be led to believe that the next generation isn’t interested in the trades. I don’t believe that. I think there are thousands of talented individuals who would thrive in the trades. All they need is for someone to tap them on the shoulder and tell them about the world of opportunities we offer.

Join us and help spread the word about the many rewards that come with a career in the trades.

In this issue, you can explore the different trades we represent and learn about the nature of the work, skills and training requirements, compensation and contact information for all of our training schools.

We’ve also included a first-hand look at what it’s like to be part of an iconic project. Deconstruction of the famous barge that was stranded on Sunset Beach in Vancouver required specialized techniques that only the skilled workers of the Building Trades were able to deliver. It’s a timely example of how diverse a career in the trades can be and a reminder of the role BC Building Trades members play in shaping the landscape of our province.

A career in the trades will take you to amazing places. You will literally be building this province.

Someone who joins the trades today will end up putting their personal mark on our future bridges, schools and hospitals. And every time they pass that piece of infrastructure, they’ll be able to say, “I built that.”

Pride in workmanship is a cornerstone of a career in the trades. The wages and benefits are great, too. But in a recent member survey, it was pride that came out on top as the number one feature of working with us.

So, let me repeat: Please give this magazine to someone who belongs in the trades.