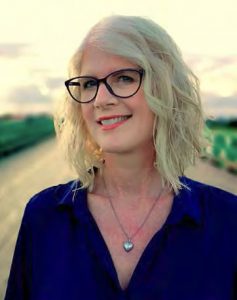 WHEN I LOOK BACK on all the jobs I’ve had, many times I could have used a union.

Like the time $10 went missing from our locker room at a fast food restaurant, and the owner decided to bring in her husband, a retired police officer, to interrogate—separately and in a private office alone—each of the teenagers working there.

Maybe a union could have helped when I worked for an employer obsessed with the time clock. It duly deducted from our pay when we punched in late, but never seemed to function properly when we put in extra time. Weird.

And I suspect a union could have put a stop to the many 14-hour shifts I pulled in exchange for eight hours pay and the ability to leave a couple of hours early another time, provided it was convenient for the employer, of course.

My parents handled the first grievous offence because I came home crying and they didn’t take kindly to a 15-year-old girl just trying to save enough money for her first car and tickets to a Billy Idol concert being treated this way. But I just chalked up the rest to how life worked—it certainly never crossed my mind that these were gross violations of the Employment Standards Act, never mind even the weakest of collective agreements. And in the absence of a union, there was no one around to represent my best interests anyway.

So, as the proverbial Buttercup, I sucked it up.

But you don’t have to. If you’re reading this, you’re either a unionized construction worker already, or you’ve been handed this magazine by someone who is, and they want to help you elevate your standard of living in the best possible way, from superior wages, benefits, training, apprenticeship and employment dispatch to the many ways our unions distinguish themselves to make our communities better.

Now let’s talk about the secret ballot in union certification. Contrary to what some folks say, it’s most definitely not going away. Under amendments to the Labour Relations Code, a secret ballot will still be carried out if between 45 but less than 55 per cent per cent of employees in a workplace indicate their intent to unionize by signing union membership cards. But a secret ballot is not required if 55 per cent or more of these workers sign cards. In the latter case, certification is automatic—that’s the change.

This is to help reduce employer intimidation. Oh, you didn’t think that was a thing? B.C.’s 2017 Labour Code review panel examined unfair labour practice complaints over a 17-year period between 1990 and 2007 and noted that 78 per cent of complaints were filed against employers, and more than 90 per cent of those involved either unlawful termination or communication during a union organizing drive.

This all boils down to the uncomfortable reality that your boss is likely to oppose your efforts to unionize. Most bosses don’t like unions, and the data supports this. Indeed, one particular anti-union association that claims to represent the majority of non-union construction contractors in B.C. has stated on Twitter that being called a union is the most offensive thing they could possibly be called on social media.

Well, forget the boss. Instead, take it from The Boss, Bruce Springsteen, who famously stated that “unions have been the only powerful and effective voice working people have ever had in the history of this country.”

But Bruce’s message transcends the 49th parallel and is a fact in this country, too.

By Corry Anderson-Fennell
Director of Communications