Time to put the brakes on uncertified tradespeople

DO YOU WANT someone without training to work on the electrical wiring of your home, your child’s school, or the hospital in your community? Or how about the brakes on your car, or on the 18-wheeler behind you as you motor down a busy highway?

Of course you don’t.

Yet, for 18 years, anyone could do those things because the provincial Liberal government of the day removed the legal requirement for skilled trades workers in B.C. to receive training to do this work.

This week, the NDP government took the first initial steps toward restoring a certified trades training system in B.C., announcing that thousands of tradespeople in the construction and automotive industries will soon require education and training to do particular jobs. 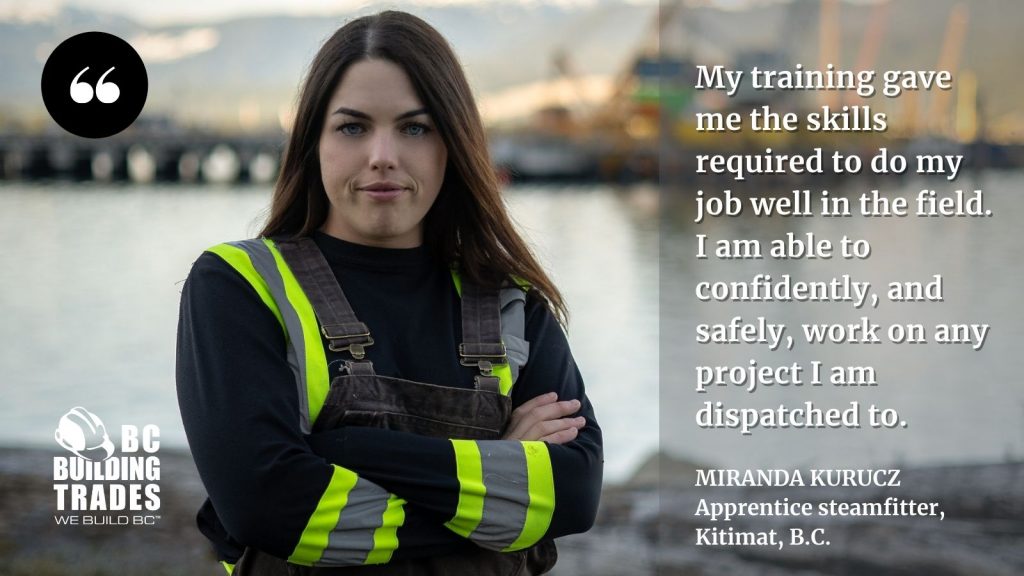 Starting with 10 trades – seven in construction and three in automotive – B.C. will begin to build back the prestige, professionalism, quality and confidence that was lost all those years ago in these trades. The tradespeople in these jobs will eventually be made whole, equipped with a robust skillset that will have them trained to the highest level, confident in their workmanship, and able to move wherever they are needed.

But first, allow us this trip down memory lane.

We represent the collective voices of more than 200,000 post-secondary students and skilled trades workers in B.C., and we were there 18 years ago when the BC Liberals abruptly derailed the educational journeys of almost a generation of students by eliminating what was then termed compulsory trades. This gave B.C. the grim distinction of becoming the only province in the country without a system of skilled trades certification.

This decision was applauded by the Independent Contractors and Businesses Association, but suffered by students and skilled trades workers alike. Thousands of our members thought they were on a fulsome apprenticeship journey that would prepare them for rewarding careers in the skilled trades. They thought they would gain the competencies necessary for varied employment in the prosperous construction sector. They thought that their eventual Red Seal qualification would be held up as the academic equivalent of a bachelor’s degree, and therefore mean something to prospective employers.

Instead, their education was diminished and their Red Seal was devalued. Their once-robust training plan was reduced and compartmentalized. They prepared for the jobs of the day, not the careers of a lifetime.

Some lost their way entirely and had nowhere to turn for support, thanks to the termination of the 40 apprenticeship counsellors whose jobs were eliminated when the Industry Training and Apprenticeship Commission was dissolved, along with its 16 provincial offices.

We are excited to fully and finally be on the cusp of a system-wide correction. However, there is still much work and it’s not as easy as simply changing the educational requirements of today’s skilled trades workers. We must also ensure compliance and enforcement of new designations and ensure no worker is left behind while we are on this road together.

The BC Federation of Students represents public post-secondary colleges and universities in B.C., while the BC Building Trades represents unionized construction workers, including thousands of apprentices attending union training schools for skilled trades.