There’s a monster on the loose

To ignore the underground economy is to ignore the practices of tax evasion, money laundering, and human trafficking. 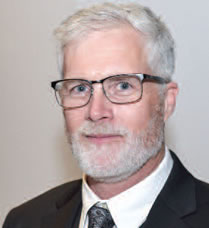 What do you think $84.7 million could buy today?

Here in B.C., it could fund the New Westminster and Powell River school districts for an entire year. Or it could buy 17 MRI machines for public hospitals. It could even help the Ride to Conquer Cancer double all the money donated for cancer research over the past nine years.

Instead, $84.7 million is the estimated cost to taxpayers of the underground economy in the residential construction sector– in 2001 dollars. No, that’s not a typo–I really do mean 2001 dollars.

Apologies for taking you back to 2001. Unfor tunately, it’s the last time anyone paid serious attention to the underground economy in B.C . That’s when a joint compliance team of representatives from the B.C. Ministry of Labour, Human Resources Development Canada, and the Canada Customs and Revenue Agency estimated the B.C . government was losing $44.5 million annually in unpaid taxes, and WorkSafeBC was losing $40.2 million in unpaid premiums.

Back then, the loss was so staggering, the Vancouver Sun lamented that the residential construction industry was “marked by inadequate regulation, ineffective enforcement of existing regulations and laws, and flouting of employment standards. It’s an industry with a flourishing underground component whose activity is reaching epidemic proportions.”

Well, if the underground economy constituted an epidemic in 2001, it must be a pandemic in 2018. What it represents in lost revenue to today’s economy is anyone’s guess. Accounting only for inflation, $84.7 million in 2001 is worth $114.4 million today (thank you, Bank of Canada online inflation calculator).

Keep in mind, these figures only reflect the underground economy in the residential construction sector, and say nothing of the millions that are surely lost in the industrial, commercial, and institutional sectors.

The underground economy has other costs, too. Legitimate businesses have a difficult time competing with unscrupulous contractors whose prices don’t include the requisite payroll deductions and other required taxes.

Those working for these small and large contractors also lose out. They are often purposely and inaccurately categorized as independent contractors themselves, even though they are employees. As a result, they aren’t covered by workers’ compensation and are more vulnerable to injury and unemployment. In addition, basic employment standards around pay, hours of work, and working conditions are often ignored. Consumers who participate in the underground economy are another at-risk group. For example, they can’t remedy a shoddy job without admitting their own part in the illegal exchange.

Then there is the cost to greater society, arguably the biggest victim in this sad affair. Unpaid taxes mean less money for vital programs such as health care, education, child care, employment insurance, and pensions. These programs support kids, seniors, and other vulnerable populations.

All of this is to say the underground economy in B.C. is a real-life monster. It’s rampant and there are no signs of abatement. The contractors who take part are flagrant about their activities and fearless about the consequences. Just search Craigslist for “cash daily” in the jobs category, and “cash” in the services category and you’ll see exactly what I mean.

To ignore the underground economy is to ignore the practices of tax evasion, money laundering, and human trafficking.