The next election sets the stage for the next four years

View From Ottawa By Arlene Dunn 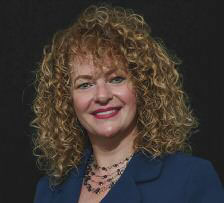 Canada’s Building Trades Unions are preparing for this fall’s federal election. The need to get out the vote is more important than ever.

Before the Trudeau Liberals were elected in 2015, the building trades had been fighting for ground, and meetings with the Harper Conservatives came to no avail.

It has always been our policy to work with political parties of all stripes to ensure our members’ voices are represented on important issues. However, during the years under Stephen Harper, the labour movement was under attack and it was nearly impossible to obtain a meeting. You may recall the anti-worker legislation (like bills C-377 and C-525) that went ahead despite widespread opposition.

When the Liberals were elected to a majority government in 2015, one of their first moves was to pass Bill C-4 which repealed these two pieces of legislation.

The Liberals then went on to expand the Canada Pension Plan and increase the Guaranteed Income Supplement for the country’s poorest senior citizens.

Over the past four years, the Liberal government has taken a serious step forward to highlight the skilled trades as aviable and sustainable career choice by:

The current government banned the import and use of asbestos. That did not happen by accident. Building trades members and our partners campaigned and lobbied
and finally found a government that listened. Now, we need to address the legacy of asbestos and help people – often our members – working in construction, maintenance, refurbishment or demolition, who are exposed to this dreadful chemical on a daily basis. We need a national asbestos agency and mesothelioma registry
and a government that will do that work.

Although there is room for improvement, the federal Liberals have shown that they are willing to work with us. They ratified the International Labour Organization
Convention’s No. 98, which recognizes the right to organize and collectively bargain and also prohibits anti-union discrimination by the federal government. Trudeau’s government also reduced the employment insurance waiting period from two weeks to one, another issue we have been lobbying on for years.

Over 4,800 projects were approved in the last four years that put our members to work and created job opportunities for apprenticeship training.

What we want, from all parties running in the next federal election, is the opportunity for open and honest dialogue. We build Canada and we want to continue to do that for years to come regardless of who is in power. As we lead up to the fall election, the CBTU team will do everything we can to be a source of objective and timely information so that you can make the best decision when it comes to casting your vote.

Above all, I hope that every one of our over half a million members shows up at the polls and mark the ballot – it’s an exercise of your democratic right. I hope you will make an independent, informed decision. This election, like all others, will shape our future for the next four years. We don’t want voter regret. We’ve seen this time and time again and, quite frankly, we can’t afford it.