CBA Court Challenge Was Much Ado About Nothing 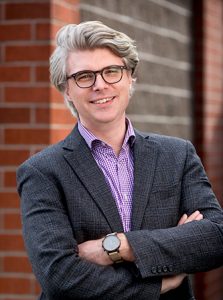 Members of the BC Building Trades are in for a busy 2020. LNG Canada, the Coastal GasLink pipeline, Site C, the Trans Mountain pipeline and the ongoing upgrades at YVR all require a steady supply of skilled, unionized construction workers.

In addition, the Pattullo bridge, the Broadway SkyTrain corridor, and the stretch of the TransCanada Highway between Kamloops and Alberta will all proceed under the provincial government’s Community Benefits Agreement framework. All told, these projects will increase employment demand in the nonresidential
construction sector by 10,300 skilled workers in 2021.

The NDP’s policy of building major infrastructure under Community Benefits Agreements (CBAs) — opposed by Andrew Wilkinson and the BC Liberals — means that not only does the government have access to some of the safest, most skilled workers in the profession through our union dispatch provisions, but that there will be guaranteed opportunities for apprentices and underrepresented groups on these projects.

This is a time-tested model of delivering on procurement through partnerships with the Building Trades that has been used, in one form or another, by governments of all stripes from W.A.C. Bennett to Glen Clark, Gordon Campbell and everyone in between.

Nothing could be further from the truth.

CLAC recently brought a court case against the government claiming that Community Benefits Agreements violate the Charter of Rights and Freedoms. This case made numerous claims about Premier John Horgan and the Building Trades, and it received a lot of media attention.

It took the Supreme Court of British Columbia just four hours to hear CLAC’s criticisms of CBAs and dismiss them as not rising to the level of claims heard by the Court.

CLAC and their friends have lost this case in the BC Supreme Court twice — once in July, and again in February. The ICBA’s sister organization, “Merit,” brought this same case in Manitoba against Allied Hydro (with the same lawyer they are using in B.C.) several years ago and lost at every level of court, with the Supreme Court of Canada refusing to hear their appeal. And CLAC brought this same case against the NDP government in the 1990s to the Labour Relations Board and lost there as well.

The PCA — the organization of CLAC’s signatory contractors — has indicated that it will appeal the recent decision. When you hear about it in the media, you should keep in mind their track record at court and remember that it is much ado about nothing.

More concerning is Liberal party leader Andrew Wilkinson’s endorsement of CLAC’s position on CBAs. CLAC recently held a rally in Victoria against CBAs with Wilkinson in attendance. Wilkinson and the Liberals have also used Question Period to attack the government over CBAs.

A provincial election is likely to occur before the end of the year. It is clear that Premier John Horgan understands the importance of the unionized construction industry. A Wilkinson government would not have the interests of our 35,000 members at heart.