“What happened today is the BC Supreme Court has, for the second time, told the Christian Labour Association, the Independent Contractors and Businesses Association and others that their criticisms of CBAs do not rise to the level of issues heard by the Court,” said Andrew Mercier, executive director of the BC Building Trades. 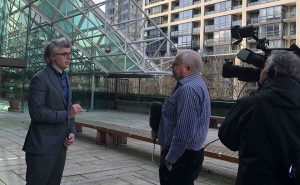 The court ruled that the applicants’ submissions with respect to union membership requirements under the Charter of Rights and Freedoms did not belong before the court.

The challenge was put forward by the ICBA, the Progressive Contractors Association, CLAC and others.

In fact, charter arguments in the case had already been struck from the application last July. The court ruled at that time that the BC Labour Relations Board was the proper forum for charter arguments.

While today’s ruling marks the second time a charter challenge of this province’s CBA framework has been struck by the judicial system, higher courts have repeatedly dismissed charter challenges to similar labour agreements in place across Canada.

The Merit Contractors Association, which is affiliated to the ICBA through Merit Canada, challenged Manitoba Hydro’s union membership policy in 2012. The case was dismissed by the Queen’s Bench of Manitoba and again on appeal.