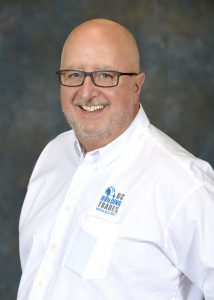 Thank you! Thank you for giving me the honour of being your executive director for the past number of years. I was first hired into the position in 1997 and left in 2003 to work in Ottawa as the director of political and legislative affairs for Canada’s Building Trades Unions. I returned as the BC Building Trades executive director in 2011 and have been in that role since. As this is the last editorial I will write, it is time for reflection.

Over the course of those years, we have been witness to some very significant changes that have impacted the BC Building Trades. In 1997, the NDP had just been re-elected (1996) with Glen Clark as premier. The Island Highway was under construction as a PLA; the Millennium SkyTrain was negotiated under the conditions of the Island Highway agreement; BC Hydro work was still being done under the decades old Allied Hydro Agreement. While not all public work was being done under a PLA, our relationship with the Clark government was generally positive.

In 2001, the BC Liberals led by Gordon Campbell, were elected and almost immediately the Building Trades were in the crosshairs of the government. Campbell and his cohorts got rid of all compulsory certification for trades, making B.C. the only province without them. They eviscerated the apprenticeship system, which in no small part contributes to the skills shortage we experience today. The amendments to the Labour Code and subsequent Labour Relations Board appointments all but assured union density in the construction industry would be drastically reduced (and the bastards were correct).

At the federal level, the federal Liberals were government until 2006 when Stephen Harper and his Conservatives were elected. Over the course of the Harper administration the Building Trades, as well as all unions in Canada, were targets. Bills C-377 and C- 525 took direct aim at the work of unions in Canada and had those bills survived, union density in our country would have suffered continued erosion.

The federal Liberals got rid of those bills in 2015 and, even better, began to work with the unionized sector to promote skilled-trades apprenticeships through a number of programs beneficial to our training centres. The federal government forged new partnerships with provincial governments for very necessary infrastructure projects, which translated into more work for construction workers.

In 2017, the BC NDP resumed government and immediately got to work on Community Benefits Agreement projects. The NDP recognized the need for more training and apprenticeship opportunities and have designated a number of projects where contractors will have to provide for more apprentice hires, more women on the tools and better Indigenous inclusion. We have been promoting all of those components for years. For too long our lobbying efforts were completely ignored by the Campbell and Clark Liberals. Premier John Horgan and the NDP have listened and responded with the full recognition that if we don’t bring more people into the construction trades, the skilled trades shortage will impact future economic investment and our provincial economy as a whole.

Over the course of all the political turmoil, the directors of the BC Building Trades have remained steadfast. Under the leadership of presidents Don McGill (Teamsters), Charlie Peck (IBEW), Gary Kroeker (IUOE), Lee Loftus (Insulators), Dave Holmes (DC 38) and Phil Venoit (IBEW), the council has had a charted course of action. We have focused on what we do best: supply the best skilled workers to the project to get the job done right the first time. The legacy we leave when the job is done is more than structural: it is the skillsets we provide the apprentice, it is the economic activity we help generate in the communities where we work and where we live, it is the lives we make better because we add value for individuals, the communities and the country.

For those of you who work the tools, I have had the honour to speak of your skills and the benefits you bring to the job every day. I have told your stories when speaking with politicians and industry leaders. I have been proud and honoured to represent you. We have projects aplenty over the coming years so let’s do what we do best: We Build B.C.